Pablo Amargo loves felines and sofas, but he can't exactly be called an idler. Illustrator for newspapers such as New York Times, El País, The New Yorker, National Geographic and many others, he has won as many as 35 awards. Meanwhile, cats have made him a mysterious elegance. And on the sofas he understood that even success must be taken calmly. He lives in the north of Spain where he feels like Ireland, but with the mountains. And there, every now and then, he rests. 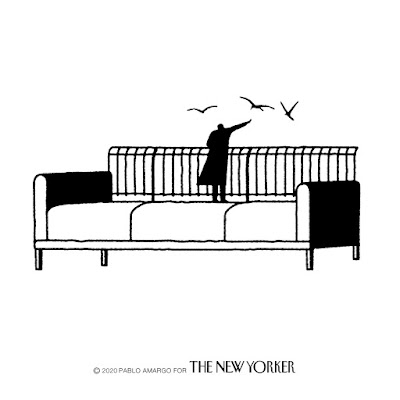 Rules For a Happy Laziness

1, The best sofa to chose  That which suits the deepest desires.

2. The companion to spend your time with The silence, always. It´s a friend that hardly ever visits me but I miss him always when it´s gone.

3. The best pet to stroke A cat; and be ready to be bitten if you overdo in affection.

4. The piece of advise to keep in mind As the zen master says, if you want to be happy, don´t compare yourself with others.

5. The authors to read I like writers who take a break from their literary work to talk about painting. For instance I´ve recently enjoy a lot with Julian Barnes.

6. The place to dream about Northern Europe old cities. I love their damp bricks, pointed roofs and grey skies.

7. The talent to cultivate To observe little things. Those that, perhaps out of habitude, we do not pay attention to. Heeding details grants us moments of wonder.

8. The movie to watch I always recommend the last one I´ve watched, that is Wong Kar-wai´s In the Mood of Love which I´ve seen for fourth time. We witness a secret, a crazy love between man and woman, guesthouse neighbours, with none noticing. We don’t see not a building, nor crowds even as the story unfolds in a Chinese great city. Everithing happens on small and narrow places. Characters appear cut, obscured by objects, reflecting a most privacy feeling. I consider it a master piece. 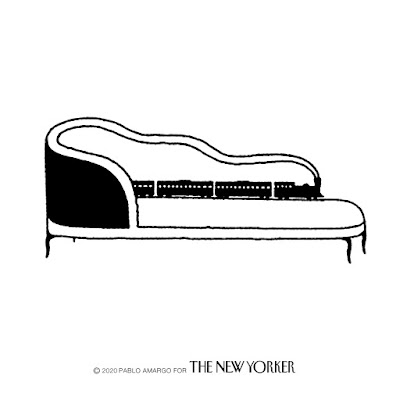 10. The golden hour to take a nap A while just before lunch. Dreams are then so intense. Besides, if lunch its huge, you can always link the naps

11. The golden time to create Tuesday morning. Mondays drag the weekend listlessness, but Tuesdays slap on your face to focus on work.

12. The thought to drive away The greed, the desire to possess a lot of things.

13. The walk to take London, at spring or in autumn

14. The aim to achieve To produce a book which unsettles the readers as for them to be hard remembering how were tings before reading it.

15. The mistake to avoid To allow other tell the pencil what does it has to draw.

16. The virtue to develop To meet and stable sleep schedule. I have still bad habits from my University time, when life began at night.

17. The flower to plant Better a tree. I have predilection for the birch tree, which it´s like a draw. Its trunk its white and black in contrast with its fine branches. Birch tree forests are dump and mysterious but never menacing as they appear luminous almost radiant. Maybe Gustav Klimt has been the best to paint them.

18. The music to listen I´m a little biased to what is in fashion. When something is the talk of town, I use to close my ears. Jazz or alt pop never let me down. Anyway, on my workspace music its never on, work goes through on silence.

19. The creativity spark to recapture  Without being seeing, do approach those thing you have always rejected. Just for a little taste, mere minutes. Maybe you are right, and its not your cup of tea. But maybe you may notice something different. Don´t ignore that feeling, could be the beginning of something new. 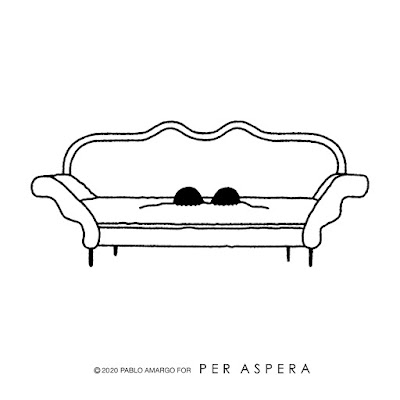